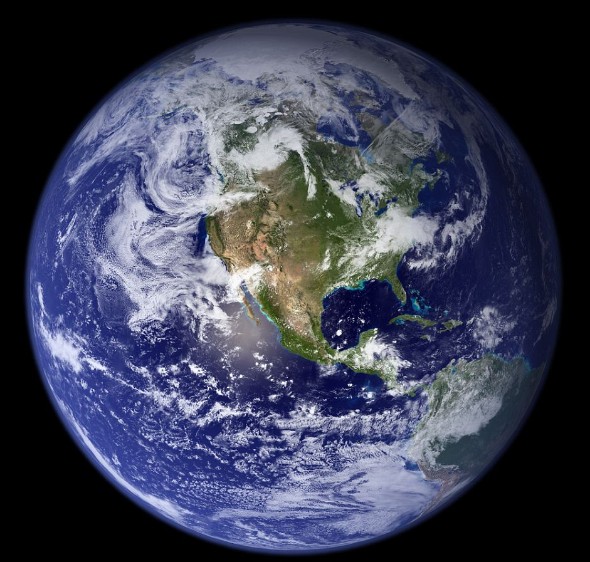 Recently, R&A’s Kahlila Robinson, Ph.D. reengaged our staff with a vital and ongoing dialog about the intersection between the current political climate and the emotional health of our country by sharing a letter disseminated by the Association of Black Psychologists (ABA), titled “We Can No Longer Be Silent”. The letter states with clarity that the tenor of the current presidential administration’s rhetoric and actions should be named for what it is – psychic terrorism.

This letter reinvigorated a conversation in our group about what therapists’ roles are in addressing this particular historical moment of psychological terror and distress. We felt that our initial action as a group should be to make a statement in support of our colleagues at the ABA:

Rennicke & Associates, as an organization, feel strongly that part of the insidious way that psychic terror is inflicted is through silence and not naming reality. Therefore, by not explicitly calling the harmful and vicious statements of the current Administration as inexcusable and deprecating, we have been complicit in this violence. We would like to clearly state that that we as a group fully support the statements of our colleagues at the Association of Black Psychologists that the psychological terror being inflicted on African Americans, African countries, Haitians, Mexicans, Muslims, the disabled, the LGBTQ community, Women and Immigrants among other groups is disgraceful and emotionally damaging.

Beyond our statement, I feel that there is some wisdom of therapists and elements of therapy that might contribute to a process of more deeply registering and healing the psychic terror highlighted by the ABA and many other organizations. I’m guessing if you are reading this newsletter, you are either in therapy or are friendly towards it. I would like to invite you to join us in this exploration as well. What does therapy, your experiences in it or thoughts about it as means for healing, potentially bring to the table for these complicated and essential conversations in our culture right now?

ACCEPTANCE OF PAIN, PSYCHIC TERROR AS IT IS…

I think therapists can powerfully share how to develop a depth of acceptance for other’s pain, trauma and distress as it is reported, without minimization or invalidation. I feel this kind of radical acceptance is a crucial part of the emotional infrastructure lacking in the current political discourse. It is also the backbone of most therapeutic modalities and the non-denominational, cross-disciplinary and human experience of empathy. We might also help to set the expectations that while radical acceptance appears simple, it is not. It takes practice to build up internal resources and capacities, as well as a willingness of being with each other’s pain, acknowledging the elements of one’s own identity (i.e. gender, race, socio-economic background, and sexual orientation) and emotional experiences that might interfere with how we register another person’s experience as it is.

MOVING FROM REACTIVITY TO REFLECTION

It’s like Groundhog Day – Oh my gosh! What he did today what he said today, which is very much like what he said yesterday and last month and last year when he was running for President. What is the best way not to counter him, but to counter what we reject, which is racism and alienation and bigotry alive in our country? -Krista Tippett on The Ezra Klein Show, January 22, 2018

When our brains do not feel safe, due to threats to our livelihoods, rights and physical bodies, we operate in a reactive and defensive modes until we sense we are out of danger. We tend to act from our limbic systems, in particular our amygdala, which detects all salient emotional information about our safety in our environments. When our amygdala is behind the wheel our car, so to speak, we tend to rely on fight, flight, freeze or fawn as ways of coping because we are primarily engaged with the vital work of survival. I think therapy supports people’s recognition of being in acute or chronic survival modes with compassion and helps people to orient towards their sources of safety in their internal lives, friendships and community connections to move their nervous systems out of survival mode, so they can reflect, organize and plan.

ITS NOT ALWAYS ANGER

My colleague, Hillary Jacobs Hendel, LCSW, just released a book called “It’s Not Always Depression” which does a lovely job at articulating this sometimes mystifying idea that the emotions we express on our surface at any one time might not be the root cause or, in shrink jargon, the “primary affect” of our experiences. This therapeutic lens might lend itself to helping us look underneath the surface of this cultural moment and its extreme, vitriolic voices and see the emotions lying underneath, which might be culturally and emotionally far more difficult for us to experience and digest (e.g., fear, mourning, sadness, and shame), yet vital affects to engage in the process of healing. In many varied and complicated ways getting angry at the current administration might be easier than sitting with our own pain or that of our fellow friends and neighbors who have been marginalized, abused, and terrorized. While anger and rage are vital to activation and protest, they alone do not lend themselves towards the thornier work of reckoning with our complicity and vulnerability.

I think often as witnesses to the brutal and myriad of ways that systems of oppression deeply wound vibrant, remarkable people, therapists often exist in close proximity to the emotional reverberations from psychic terror. There is no one simple way to work with these painful experiences, however, there seems to be a recurring cascade: 1) To acknowledge its intensity, impact and reality and 2) To put it in its place in the story of one’s life. The latter tends to mean becoming adept at adjusting your lenses from panoramic to microscopic, to see your pain and suffering in the context of the larger world and also to be able to slow down to notice the peace and beauty that persist intact despite it all. Therapy is one process that holds with grace that while we cannot always control what is done to us, we can control how we cope with it . It is the horrible and brilliant gift of trauma and suffering for those who have had the fortitude to find it.

HOLDING COMPLEXITY aka “Yes, AND…”

“…we obviously need the press to identify the problems facing us. But there’s also a danger in neglecting progress. One danger is creating the impression that there’s nothing we can do to improve society, or falsely equating pessimism with moral seriousness. What we don’t want to do is spread a sense of fatalism and make people think they can’t make a difference…” -Steven Pinker, Ph.D. The Case for Optimism, Vox, Feb 12, 2018

How do we process the possibility that globally, locally, and/or personally there might be experiences of intractable oppression and progress simultaneously? Former President Obama often quoted Martin Luther King Jr. in saying that the “arc of the moral universe is long, but it bends toward justice” as a coda for his inherent optimism about progress in civil rights. Ta-Nehisi Coates, a writer for The Atlantic on race and American culture, and author of We Were Eight Years in Power about Obama’s presidency says quite thoughtfully and eloquently that the arc does not bend towards justice, it bends towards chaos. I won’t try to simplify or distill either nuanced perspective, but rather would want to make a case here for therapists’ capacity to create or bolster conversations that can hold complexities about race, class, hope and regression, and other conflicting emotional and existential elements simultaneously and that resist the human urge to simplify the issues at hand. Simply put, I think therapists might help to keep this conversation complicated instead of bifurcated.

I think therapists can be with people in pain in more profound ways because we are also fortunate to bear witness to their resiliency. One thing that routinely strikes me about these processes of pain and healing is our desire for progress to be linear, for the resilience to be smooth and predictable, but it rarely is. We are poor predictors we are of what Diana Fosha, Ph.D. calls quantum change, or change that can be “discontinuous, sudden, and rapid”. I was reflecting on this kind of exponential leap when I was recently watching Jane, the documentary about primatologist Jane Goodall. I was struck by her account of the painstaking first 5 to 6 months in Gombe, Tanzania trying to observe chimpanzees without any indication that there would be any fruitful outcomes of her study. She made diligent attempts every day, taking different routes, different perches, until finally one day out of the blue she got close enough to begin her ground-breaking work. We can go along in the darkness, ensconced in the old rules of privilege, racism, and sexism for centuries and yet there might be powerful seeds being planted that we have no idea how they will sow or what feats of architectural grandeur their arcs towards justice (or chaos) will look like. 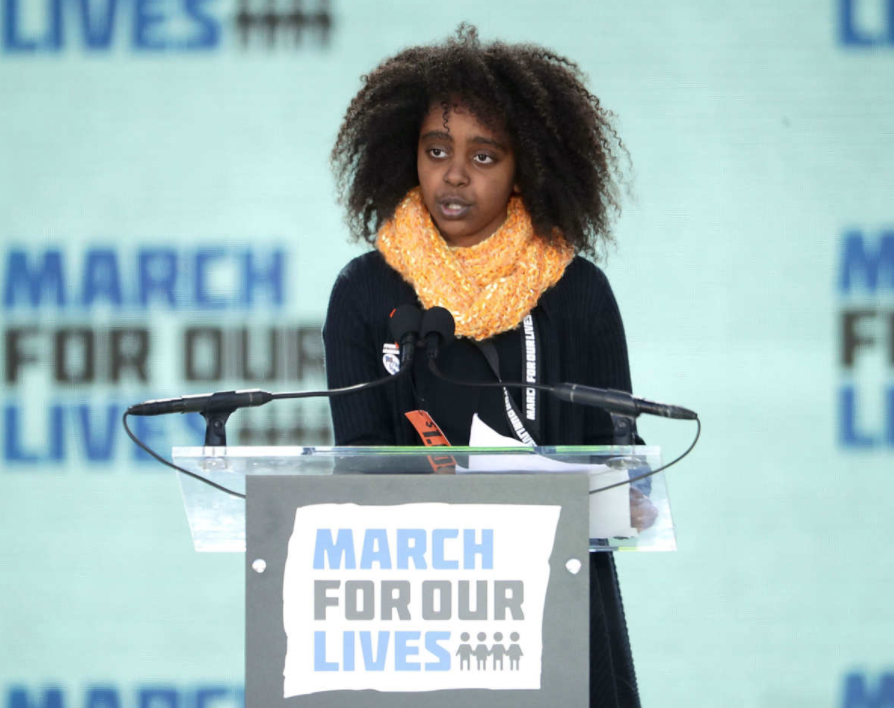 Naomi Wadler, 11 years old, speaking for girls and women of color who have been victims of gun violence. Click here to hear her speech.

I don’t know where to locate them, but for now, seeing video of Emma Rodriguez speaking truth to power (“We call BS!”) with such verve and raw emotion, after the death of her classmates and teachers in Parkland, Florida, and the poise and conviction of Naomi Wadler raise her voice with other worldly self-possession to speak up for all the girls and women of color left out of the gun debates churns up all the pain and all the devastating beauty and resiliency and hope and chaos for me. And, I am so glad I am alive at this moment to see them and hear them.